The international migration of health workers is raising. There has been a 60% rise in the number of migrant doctors and nurses working in the world over the last decade. Emigration of healthcare workers from developing countries is on the rise and there is an urgent requirement for policies that grow access to and continuousness of healthcare. German and Sweden are two countries which confronted critical problem in this situation. The German government has declared enormous shortage of qualified medical staff which means many hospitals are overburdened. Health care workers criticize that they have shortage of staff members to appropriately tend to their patients, so the government has strategy to increase medical staff as many as they can to reduce this shortage.

Sweden also is another country which is suffering from a shortage medical staff, according to the report by the Swedish Medical Association. The reason for this shortage is because of Sweden’s growing Ageing population, more patients in primary health care and a high average age between the health care workers themselves. Furthermore, there could be more problems finding healthcare workers in the future that results in booming staff costs, lacking availability of health facilities and declined efficiency. The current condition puts the existing personnel under pressure and sick leaves are increasing. 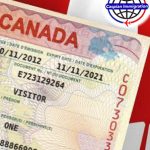