Blog Countries That Accept the Most Migrants

Migrants arriving in Europe are a more diverse population than in the United States, according to a study released in November 2019 by the nonpartisan Pew Research Center, the first European snapshot of unauthorized immigrants across Europe in more than a decade.

The numbers of people fleeing violence in Africa and the Middle East and traveling to Europe has eased somewhat from 2015, when a record number of asylum-seekers – about 1.6 million – entered member countries of the Organization for Economic Cooperation and Development. More than 11,000 people have journeyed across the Mediterranean in the first six weeks of 2020, according to the United Nations, a far smaller pace of growth than in recent years. 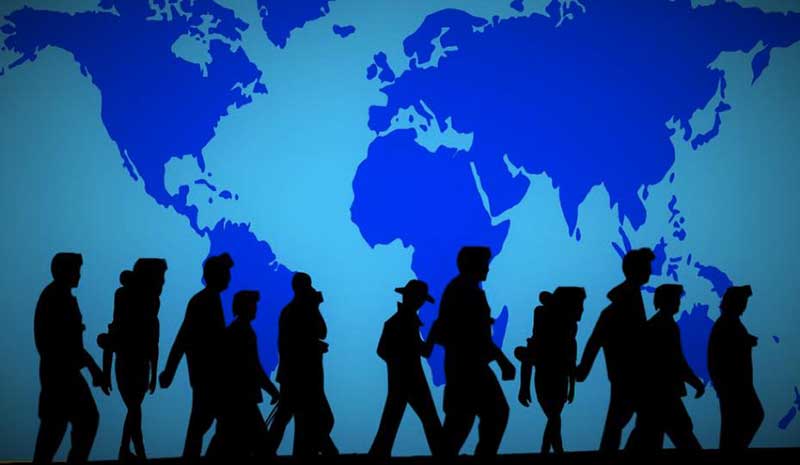 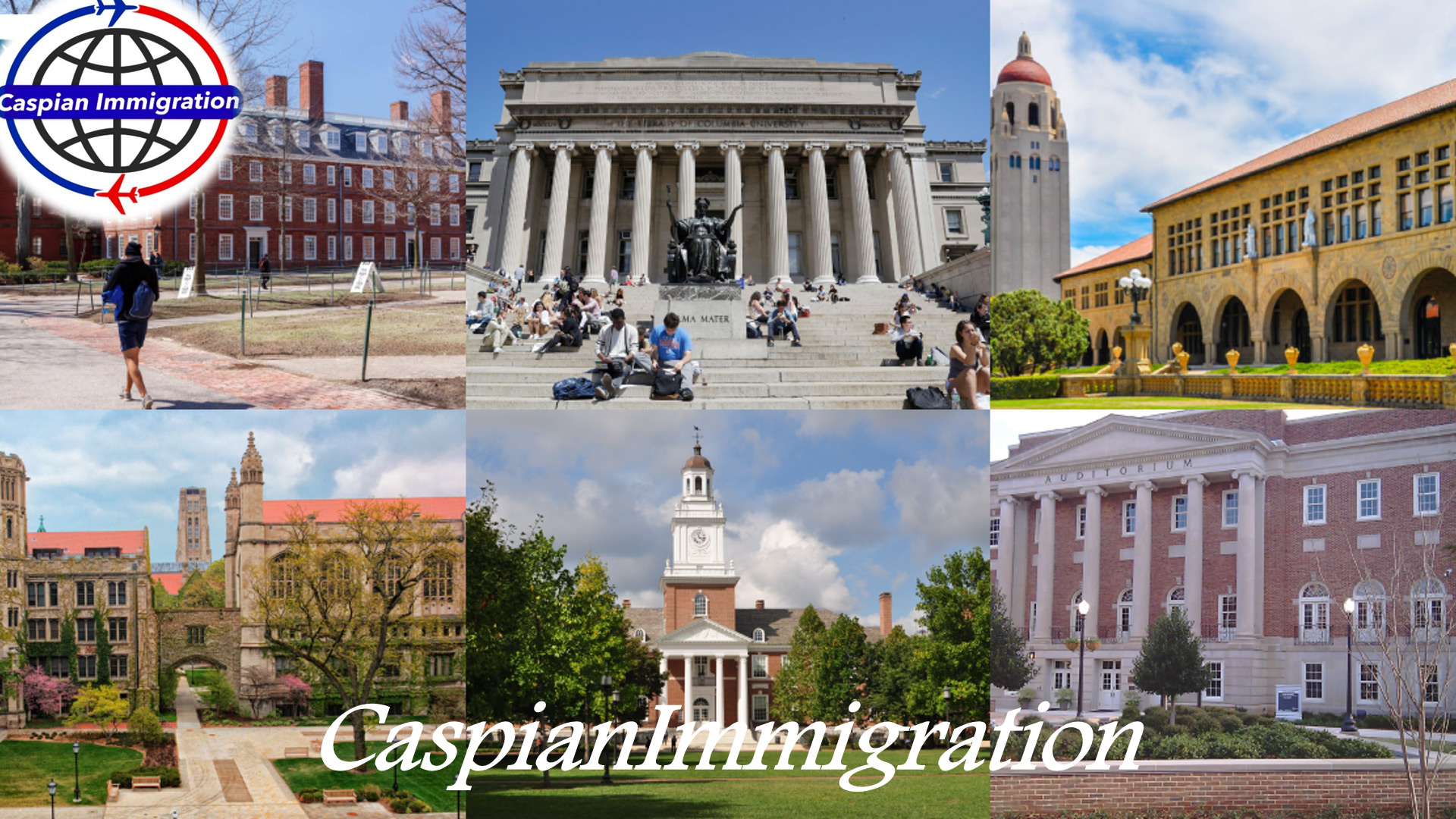 The U.S. accepted 1,127,200 permanent migrants in 2017, remaining the top country for immigration despite recording a 5% drop from 2016. This number measures lawful permanent resident status granted and does not include migration to the U.S. by other means. These new immigrants brought the entire U.S. foreign-born population to more than 13% of the total population.

In 2015, the U.S. admitted 69,920 refugees, unchanged from the previous year. In 2017, however, the number of refugee admissions dropped sharply, according to the George W. Bush Presidential Center, which cited State Department data. It was the lowest figure since 2002. President Donald Trump has issued a number of executive orders affecting immigration policy in recent months, including orders aimed at strengthening border security and immigration law enforcement, and improving screenings of those seeking admission to the U.S. 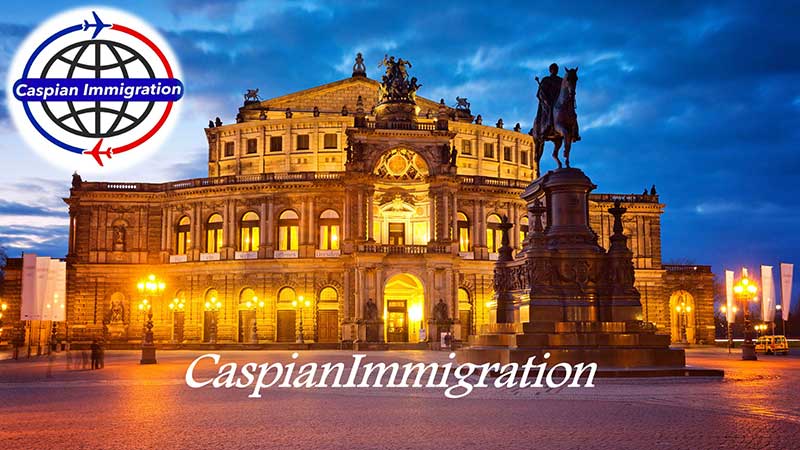 Germany accepted 860,100 permanent immigrants in 2017, according to the OECD, a dramatic 18% drop from 2016, even as the issue roils German domestic politics. Most immigrants came from Romania, Syria, Poland and Bulgaria. In 2016 roughly 23% of the population had an immigrant background, meaning either they or one of their parents was born without German citizenship.

By contrast, the number of first-time asylum applications fell sharply in 2017 from the previous year – from 722,000 to just under 200,000. Applicants came primarily from Syria, Afghanistan, Iraq, Eritrea and Iran.

Many migrants currently traveling to and through Europe hope to reach Germany because of its wealth and job opportunities. Germany has tried to make it easier for asylum-seekers to enter the workforce as its native population ages, with the lowest unemployment rate since reunification in 1990. 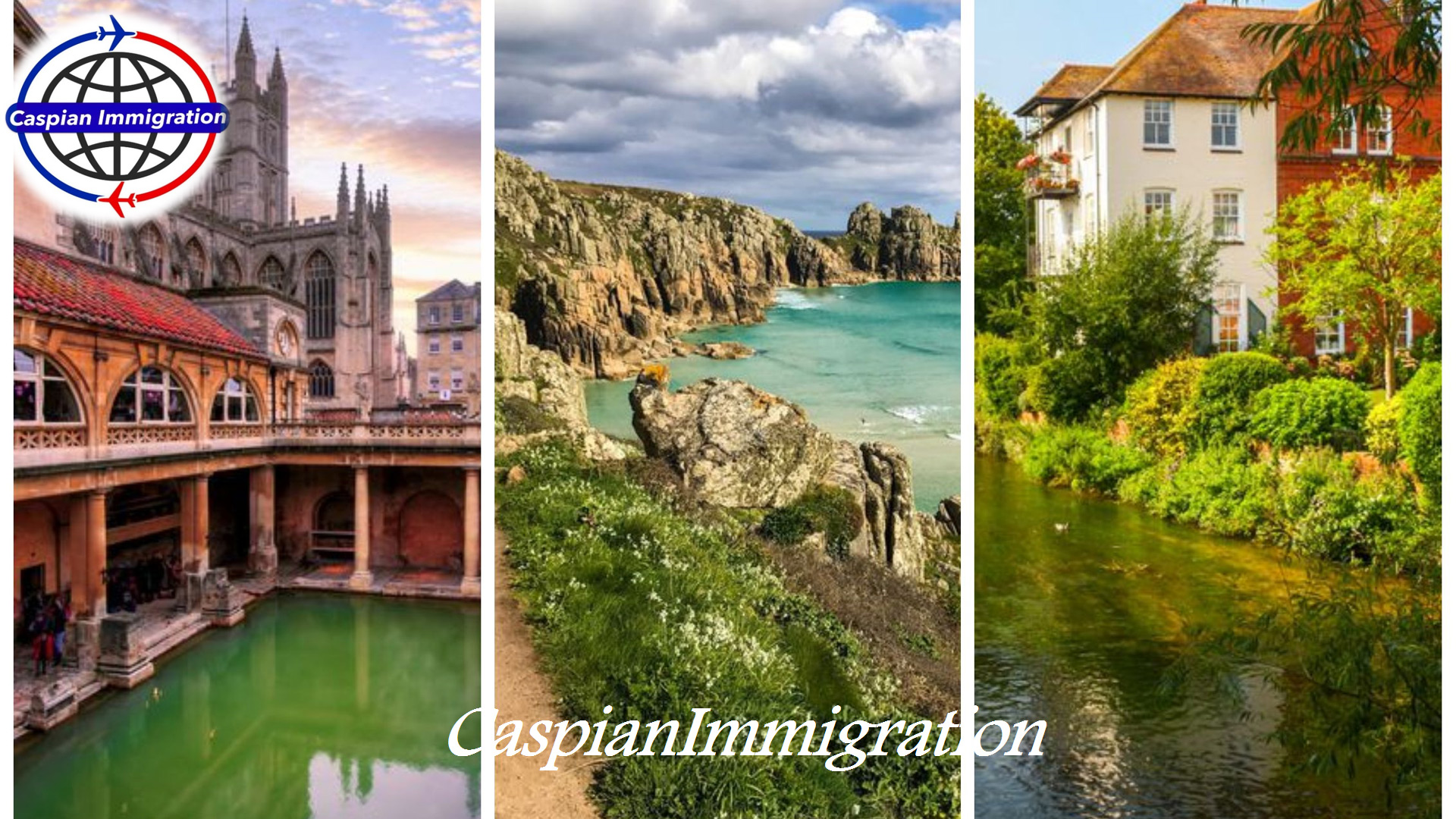 The U.K. accepted 342,200 permanent immigrants in 2016, a drop of 3% from 2016. The largest group of non-British long-term immigrants that flowed into the U.K. in 2016 came from Romania, accounting for about 12% of the total. Such representation is likely to change, however, following the major U.K. policy issue in 2016: the vote to leave the EU – a decision known as Brexit – in which concerns over immigration played a key role. India, China and Poland also provided many immigrants to the U.K.

In 2017, 33,320 people filed for asylum in the U.K., extendiing a decline in applications that began in 2016. The U.K. has been somewhat insulated from the migrant crisis enveloping Europe because it is separated from the rest of Europe’s land mass by the English Channel

Spain accepted 324,100 permanent immigrants in 2017, an increase of 8% from the previous year. In 2015 the country experienced its first year of positive net migration since the onset of the global financial crisis.

International protection applications in Spain jumped 63% in 2017 to 25,270, a new record. To handle the influx, the country has strengthened its asylum and reception system by increasing funding and facilities and reforming its system for handling unaccompanied foreign minors. 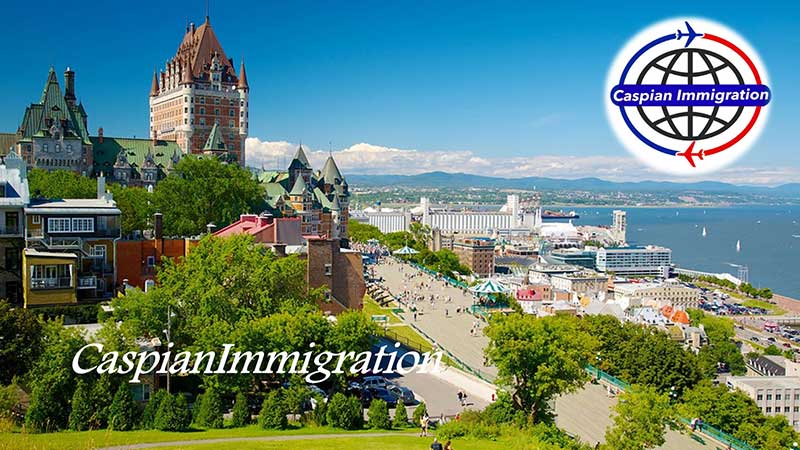 Canada accepted 286,500 permanent immigrants in 2017, a 3% decrease from the country’s record of 296,400 in the previous year. The number of economic immigrants in 2017 increased by 2% from the previous year, to 159,000. The category includes skilled workers and caregivers. Immigration is expected to continue in Canada at record levels in the coming years, with the planned intake for 2020 set to be around 340,000.

The number of refugees accepted in 2017 was 41,500, down 30% from 2016. The number of new asylum requests in 2017, however, more than doubled from the previous year, reaching a total of 50,470. The overall influx has put a strain on authorities, though Prime Minister Justin Trudeau insists refugees will remain welcome in Canada.

The 2017 presidential election pitted the anti-immigration, anti-EU. Marine Le Pen against the progressive Emmanuel Macron in a race that resembled the 2016 elections in the U.S. and the U.K. In the end, Macron’s pro-immigration party won out, though his stance on the importance of refugee aid has been less firm. France received about 91,070 applications for asylum in 2016, up nearly 20 percent from the previous year. The figure set a new record for applications. Most applications come from Sudan, Afghanistan and Haiti. 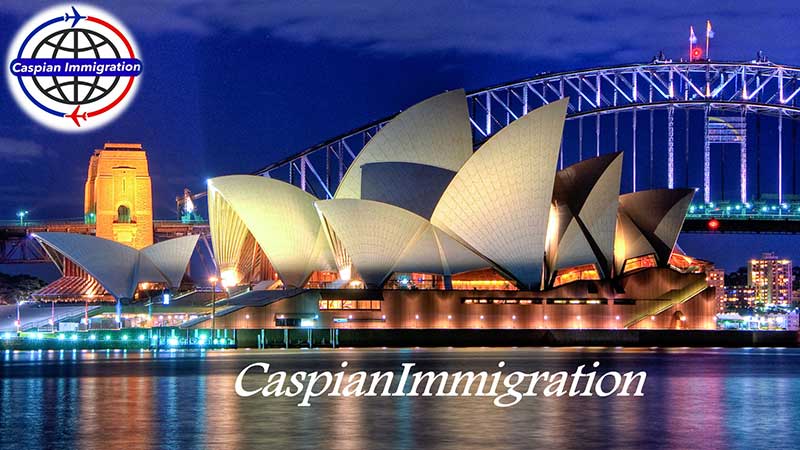 Australia received 35,170 new requests for asylum in 2017, according to the OECD, up from slightly more than 27,000 the previous year. Asylum-seekers and refugees primarily come from Iraq, Syria, Myanmar, Afghanistan and the Democratic Republic of the Congo. Australia’s controversial refugee policy involves paying small island states Nauru and Papua New Guinea to house migrants in conditions condemned by human rights groups.

Australia refuses to settle asylum-seekers who attempt to arrive by boat. In 2016 in a deal struck with the U.S., Canberra announced it would accept an unspecified number of refugees from a U.S.-led program in Costa Rica, and the U.S. said it would take a limited number of refugees rejected by Australia. U.S. President Donald Trump initially criticized the plan, made by former President Barack Oabama, but U.S. officials later said the arrangement will be honored

Italy accepted 216,900 permanent immigrants in 2017, a 2% increase from 216. The total number of foreign nationals living in the country has surpassed 5 million. A third were born in the EU, while the majority of non-EU nationals came from Romania, Albania, Morocco, China and Ukraine. After family reunification, humanitarian protection accounted for the greatest share of new permits granted, at 28 percent.

A frontline state for arriving refugees, Italy is providing a case study of refugees’ desires for a better life balanced against countries struggling to care for people rescued in the Mediterranean and brought to its shores. There were 126,550 asylum applications in 2017, extending a trend of annual increases since 2010.

The Netherlands accepted 141,500 permanent immigrants in 2016, a 2% increase from the previous year.

In the 2017 election, Dutch Prime Minister Mark Rutte soundly defeated the populist Geert Wilders, known for his anti-immigration and anti-Islam platform. Still, a Dutch court ruled that the government can’t be legally compelled to take in more migrants, as dictated by the 2015 EU agreement. 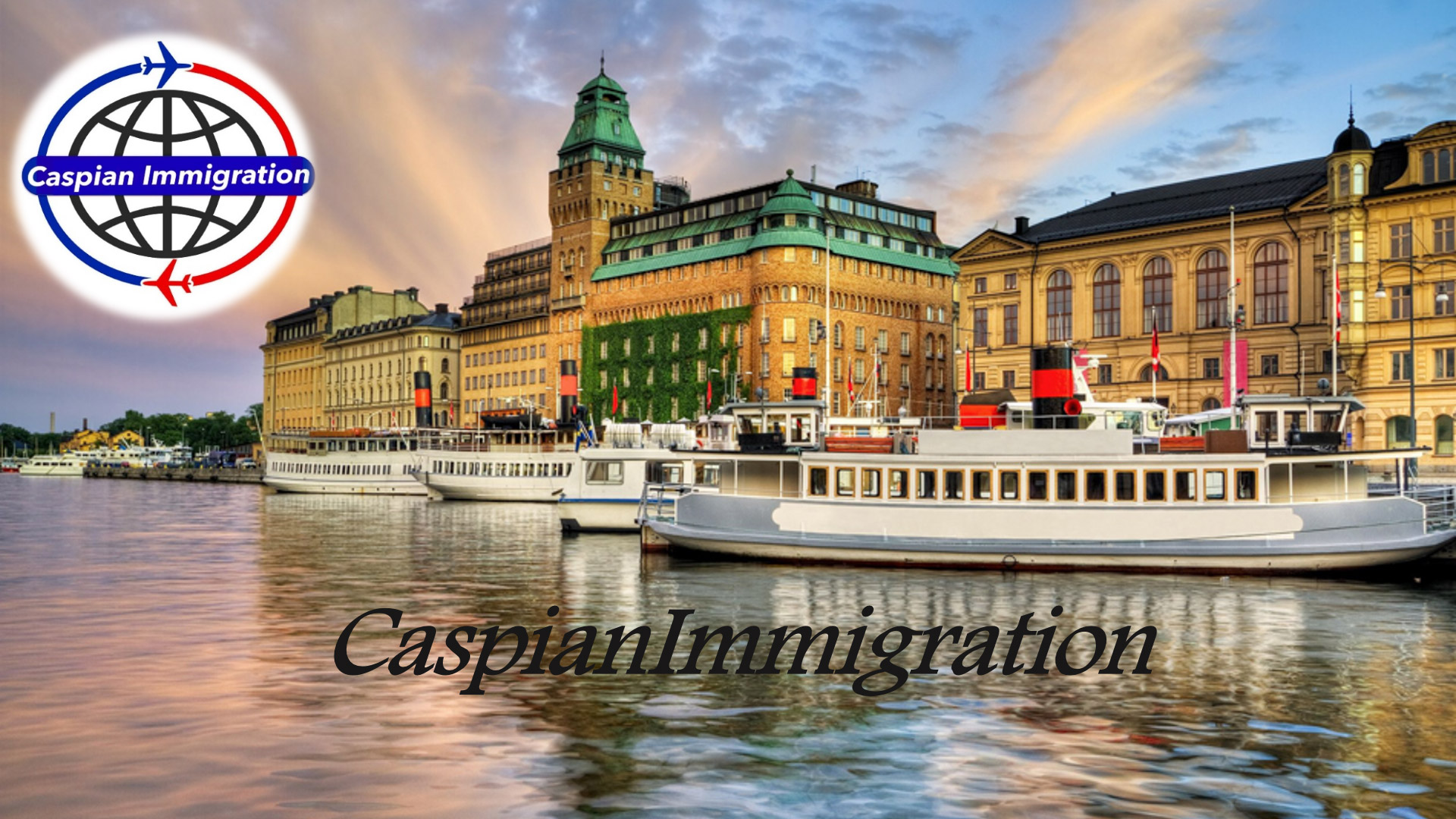 By contrast, the number of new requests from asylum seekers has declined in the country in recent years, according to the OECD. There were 22,190 applications for asylum in 2017, down from 22,300 in 2016 and the record 156,460 requests in 2015, a figure that stirred growing calls in the country to alter its policies for accepting refugees and asylum-seekers. A global survey released in 2016 ranked Sweden as the best country to be an economic immigrant. 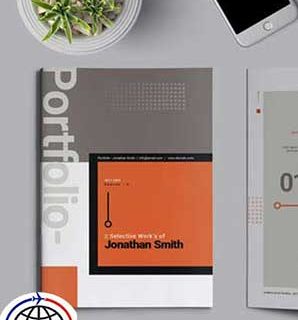 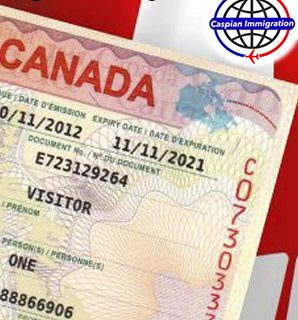 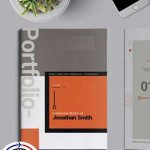 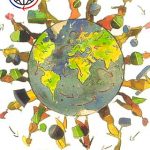 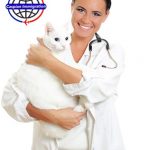 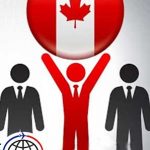